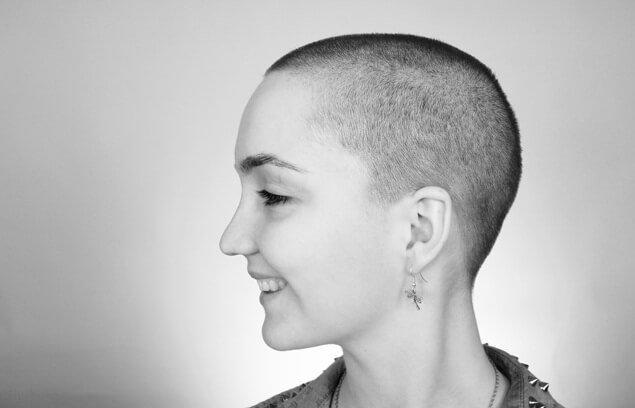 Top British You Tube celebrity, dyslexic singer, artist and make-up artist Klaire de Lys shaved her head to raise bursary funds for people with dyslexia and on a limited income to access the Davis Dyslexia Programme.  Her band ‘Fenix’ also released a record about her dyslexic experience.

“I’m hoping that by approaching this project by both shaving my head to raise awareness, and releasing my song Paper Wings, I can really make a difference in the lives of Dyslexics,” says Klaire. “Not only raising funds to help, but also by hopefully creating a song which will continue to raise awareness long after my hair has grown back.”

Klaire’s campaign raised £5035.00. Klaire has now bravely shaved her head, and has uploaded a short video and blog post.

After years of going undiagnosed, Klaire underwent a Davis Dyslexia Programme to address her personal challenges with dyslexia. “To say that that experience made a difference is a serious understatement,” says Klaire. “It changed my life completely and gave me the tools to achieve things I could only dream of before.”

“At present, the Davis Programme receives no state funding,” says Richard Whitehead, Director of Davis Learning Foundation, the non-profit UK arm of Davis Dyslexia Association International. “We are delighted with Klaire’s amazing gesture, which will bring the benefits of the programme to people who could never have dreamt of them before.”